Contraception, also known as birth control and fertility control, is a method or device used to prevent pregnancy. Birth control has been used since ancient times, but effective and safe methods of birth control only became available in the 20th century. Planning, making available, and using birth control is called family planning.

The most effective methods of birth control are sterilization by means of vasectomy in males and tubal ligation in females, intrauterine devices (IUDs), and implantable birth control. This is followed by a number of hormone-based methods including oral pills, patches, vaginal rings, and injections. Less effective methods include physical barriers such as condoms, diaphragm and birth control sponges and fertility awareness methods. The least effective methods are spermicides and withdrawal by the male before ejaculation. Sterilization, while highly effective, is not usually reversible; all other methods are reversible, most immediately upon stopping them. Safe sex practices, such as with the use of male or female condoms, can also help prevent sexually transmitted infections. Other methods of birth control do not protect against sexually transmitted diseases. Emergency birth control can prevent pregnancy if taken within the 72 to 120 hours after unprotected sex. Some argue not having sex as a form of birth control, but abstinence-only sex education may increase teenage pregnancies if offered without birth control education, due to non-compliance.

Hormonal contraception is available in a number of different forms, including oral pills, implants under the skin, injections, patches, IUDs and a vaginal ring. They are currently available only for women, although hormonal contraceptives for men have been and are being clinically tested. There are two types of oral birth control pills, the combined oral contraceptive pills (which contain both estrogen and a progestogen) and the progestogen-only pills (sometimes called mini pills). If either is taken during pregnancy, they do not increase the risk of miscarriage nor cause birth defects. Both types of birth control pills prevent fertilization mainly by inhibiting ovulation and thickening cervical mucous. Their effectiveness depends on the user remembering to take the pills. They may also change the lining of the uterus and thus decrease implantation.

Combined hormonal contraceptives are associated with a slightly increased risk of venous and arterial blood clots. Venous clots, on average, increase from 2.8 to 9.8 per 10,000 women years which is still less than that associated with pregnancy. Due to this risk, they are not recommended in women over 35 years of age who continue to smoke. Due to the increased risk they are included in decision tools such as the DASH score and PERC rule used to predict the risk of blood clots.

Progestin-only pills, injections and intrauterine devices are not associated with an increased risk of blood clots and may be used by women with previous blood clots in their veins. In those with a history of arterial blood clots, non-hormonal birth control or a progestin-only method other than the injectable version should be used. Progestin-only pills may improve menstrual symptoms and can be used by breastfeeding women as they do not affect milk production. Irregular bleeding may occur with progestin-only methods, with some users reporting no periods. The progestins drospirenone and desogestrel minimize the androgenic side effects but increase the risks of blood clots and are thus not first line. The perfect use first-year failure rate of the injectable progestin, Depo-Provera, is 0.2%; the typical use first failure rate is 6%.

Barrier contraceptives are devices that attempt to prevent pregnancy by physically preventing sperm from entering the uterus. They include male condoms, female condoms, cervical caps, diaphragms, and contraceptive sponges with spermicide.

Globally, condoms are the most common method of birth control. Male condoms are put on a man’s erect penis and physically block ejaculated sperm from entering the body of a sexual partner. Modern condoms are most often made from latex, but some are made from other materials such as polyurethane, or lamb’s intestine. Female condoms are also available, most often made of nitrile, latex or polyurethane. Male condoms have the advantage of being inexpensive, easy to use, and have few adverse effects. Making condoms available to teenagers does not appear to affect the age of onset of sexual activity or its frequency. In Japan about 80% of couples who are using birth control use condoms, while in Germany this number is about 25%, and in the United States it is 18%. 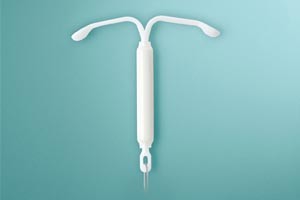 The current intrauterine devices (IUD) are small devices, often ‘T’-shaped, often containing either copper or levonorgestrel, which are inserted into the uterus. They are one form of long-acting reversible contraception which are the most effective types of reversible birth control. Failure rates with the copper IUD is about 0.8% while the levonorgestrel IUD has a failure rates of 0.2% in the first year of use. Among types of birth control, they along with birth control implants result in the greatest satisfaction among users. As of 2007, IUDs are the most widely used form of reversible contraception, with more than 180 million users worldwide.

Evidence supports effectiveness and safety in adolescents and those who have and have not previously had children. IUDs do not affect breastfeeding and can be inserted immediately after delivery. They may also be used immediately after an abortion. Once removed, even after long term use, fertility returns to normal immediately.

While copper IUDs may increase menstrual bleeding and result in more painful cramps hormonal IUDs may reduce menstrual bleeding or stop menstruation altogether. Cramping can be treated with NSAIDs. Other potential complications include expulsion (2–5%) and rarely perforation of the uterus (less than 0.7%). A previous model of the intrauterine device (the Dalkon shield) was associated with an increased risk of pelvic inflammatory disease, however the risk is not affected with current models in those without sexually transmitted infections around the time of insertion.

Behavioral methods involve regulating the timing or method of intercourse to prevent introduction of sperm into the female reproductive tract, either altogether or when an egg may be present. If used perfectly the first-year failure rate may be around 3.4%, however if used poorly first-year failure rates may approach 85%.

The withdrawal method (also known as coitus interruptus) is the practice of ending intercourse (“pulling out”) before ejaculation. The main risk of the withdrawal method is that the man may not perform the maneuver correctly or in a timely manner. First-year failure rates vary from 4% with perfect usage to 22% with typical usage. It is not considered birth control by some medical professionals.

There is little data regarding the sperm content of pre-ejaculatory fluid. While some tentative research did not find sperm, one trial found sperm present in 10 out of 27 volunteers. The withdrawal method is used as birth control by about 3% of couples.

Though some groups advocate total sexual abstinence, by which they mean the avoidance of all sexual activity, in the context of birth control the term usually means abstinence from vaginal intercourse. Abstinence is 100% effective in preventing pregnancy; however, not everyone who intends to be abstinent refrains from all sexual activity, and in many populations there is a significant risk of pregnancy from nonconsensual sex.

Abstinence-only sex education does not reduce teenage pregnancy. Teen pregnancy rates are higher in students given abstinence-only education, as compared with comprehensive sex education. Some authorities recommend that those using abstinence as a primary method have backup method(s) available (such as condoms or emergency contraceptive pills). Deliberate non-penetrative sex without vaginal sex or deliberate oral sex without vaginal sex are also sometimes considered birth control. While this generally avoids pregnancy, pregnancy can still occur with intercrural sex and other forms of penis-near-vagina sex (genital rubbing, and the penis exiting from anal intercourse) where sperm can be deposited near the entrance to the vagina and can travel along the vagina’s lubricating fluids.

Dual protection is the use of methods that prevent both sexually transmitted infections and pregnancy. This can be with condoms either alone or along with another birth control method or by the avoidance of penetrative sex. If pregnancy is a high concern using two methods at the same time is reasonable, and two forms of birth control is recommended in those taking the anti-acne drug isotretinoin, due to the high risk of birth defects if taken during pregnancy.