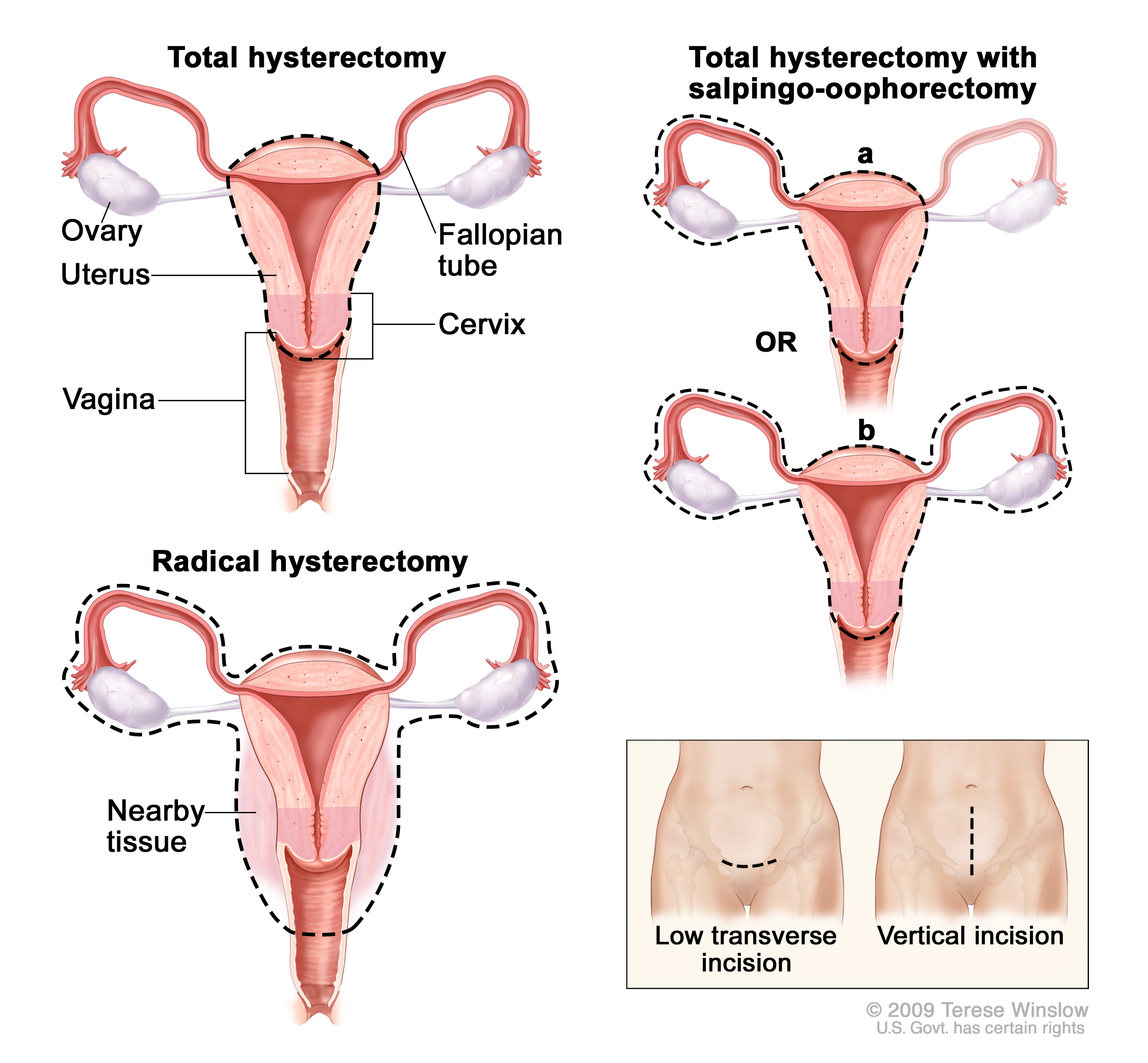 Hysterectomy is the surgical removal of the uterus. It may also involve removal of the cervix, ovaries, fallopian tubes and other surrounding structures.

Usually performed by a gynecologist, hysterectomy may be total (removing the body, fundus, and cervix of the uterus; often called “complete”) or partial (removal of the uterine body while leaving the cervix intact; also called “supracervical”).

Removal of the uterus renders the patient unable to bear children (as does removal of ovaries and fallopian tubes) and has surgical risks as well as long-term effects, so the surgery is normally recommended when other treatment options are not available or have failed. It is expected that the frequency of hysterectomies for non-malignant indications will fall as there are good alternatives in many cases.

Oophorectomy (removal of ovaries) is frequently done together with hysterectomy to decrease the risk of ovarian cancer. However, recent studies have shown that prophylactic oophorectomy without an urgent medical indication decreases a woman’s long-term survival rates substantially and has other serious adverse effects. This effect is not limited to premenopausal women; even women who have already entered menopause were shown to have experienced a decrease in long-term survivability post-oophorectomy.

Hysterectomy is a major surgical procedure that has risks and benefits, and affects a woman’s hormonal balance and overall health for the rest of her life. Because of this, hysterectomy is normally recommended as a last resort to remedy certain intractable uterine/reproductive system conditions. Such conditions include, but are not limited to:

Women may also express a desire to undergo an elective hysterectomy—that is, a hysterectomy for reasons other than the resolution of reproductive system conditions or illnesses. Some of the conditions under which a person may request to have a hysterectomy (or have one requested for her if the woman is incapable of making the request) for non-illness reasons include: